Behind the scene: ICIC18 in Utrecht 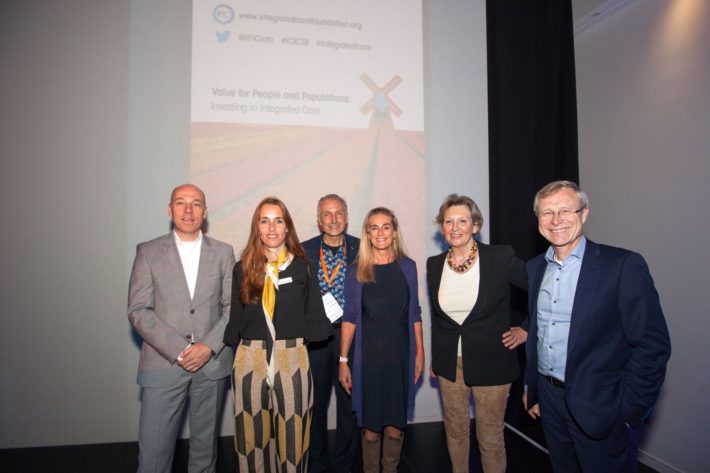 The closing session on May 24 in Nieuwegein/Utrecht of the 18th International Conference on Integrated Care was the end of more than a year closely collaboration with IFIC staff, board, scientific committee. And, without exaggeration, it was a great pleasure! It was the first time that I was a co-host of an international event of this scale. And, more notable, twenty years ago, I was involved with IFIC during its pregnancy and infant years in Utrecht. So, to celebrate IFIC’s coming of age was a special honour to me. But how did we organise this birthday party?

When Jeroen Struijs and I were invited to co-chair the Scientific Committee, we first had to ensure that a conference in the Netherlands would be feasible. We had to look for the best venue, which is easier said than done. The key question was: which city to choose? All larger cities in our country qualify, in particular because it is never a long distance from the airport. Amsterdam looked interesting because its wide spread fame in tourism. The Hague was interesting because – although not being our capital – it is close to our government and Ministry of Health, Welfare and Sport. Utrecht was interesting because of its historic value for IFIC and good and affordable venues. It became Utrecht, the city of Guus Schrijvers, the founding father of IFIC.

Further, we had to ensure a sound financial basis for the conference: sufficient sponsorship to make the participation fee affordable. We were lucky with our government and ZonMw, the Dutch health research committing organisation. Their contribution was significant.

After we had met these basic requirements, we could start with preparing the program. Initially, it was not clear enough who was responsible for what and who was expected to do what. More difficult was the question: who was not responsible for certain tasks! The latter was really an issue, as a fantastic group of enthusiastic people was to take part in this discussion. But sometimes, less is more. We attributed roles and tasks in a clear way and wrote this up in an internal document. And we managed pretty much to keep ourselves to our roles.

We brainstormed on the title, the subthemes and the logo of the conference, using creacky phone lines from across the world and not-working Webex connections. We discussed key note speakers sitting at railway stations and driving cars. While walking in the rain we had lengthy deliberations about the gala dinner and how it should be priced. Looking back, it is a miracle that we came to a program that we could timely launch. We were in time with our call for abstracts to spend a part of our Christmas holiday, reviewing thirty to forty of them each.

It was crucial, that the IFIC staff is very experienced in organising conferences and dealing with these ‘harsh’ conditions. We invited the major of Utrecht to speak on the reception that was offered to us by his city. We (in particular Jeroen Struijs and Viktoria Stein) organised a preconference in the Hague and a lunch of some fifteen to twenty civil servants of the Dutch Ministry. And in Utrecht and two other places my Vilans colleagues organised three sites visits, so see with their own eyes how integrated care works in practice.

But there was also a personal touch in the conference. While attending the previous conferences, I made some notes on what I would like to organise in Utrecht: I wanted some of our thought leaders in the Netherlands, I wanted to pay attention to the non-verbal aspects of caring – feelings and experiences – to understand what it means to be dependent. I sought lively interactions with the audience.

And did we succeed? I think that is up to you to decide. Coming of age also implies being responsive to feedback. So let us know how we can improve and learn, in order to make ICIC19 in San Sebastian/Donostia on its turn an unforgettable conference!

Prof Henk Nies is a Member of the Executive Board at Vilans, Utrecht

Blog
Comments are off for this post.
The annual International Summer School on Integrated Care (ISSIC) is a special highlight in IFIC’s calendar and this year’s...

Blog
Comments are off for this post.
Many stakeholders consider integrated care as fundamental in the reform of health and care systems in order to address...

Blog
Comments are off for this post.
SUSTAIN is coming to the end of a three-year collaboration between research partners, policy organizations and 13 clinical sites...

Blog
Comments are off for this post.
This year’s International Conference on Integrated Care had tremendous provenance for me since it represented IFIC’s 18th birthday as...
This site uses cookies More info