Gratitude and appreciation to our outgoing Chair and Founder, Professor Guus Schrijvers

Once again, attending the ICIC conference has been a rich and truly gratifying experience. The plenaries, breakout sessions and workshops, as well as the endless opportunities to debate and learn have configured a vibrant event. I very much hope that all delegates have enjoyed it as much as I did.

As always, the conference has been an opportunity to meet the wider and growing community of integrated care. Beyond the scientific programme, the catch-up chats with colleagues are a continuous source of inspiration for my daily work. This year, the superb venue (University College Dublin) where the conference took place, and the excellent weather, made the rest; the craic was everywhere! My most sincere and deepest gratitude to Dr Áine Carroll and her team at the HSE for co-hosting such a great conference in Dublin. Go raibh maith agaibh!

Speaking of venues, I still have a vivid recollection of the first ICIC conference I attended. It was the one held in Odense, Denmark, in 2011. My initial impression was of a group of friends with a dream: a dream that we can provide better healthcare if we align all the actors and their actions around the needs of the person. Around this message, they had been gathering yearly since they started in Almere, the Netherlands, in 2000. But Odense was a turning point; we were ready to grow. It was the right time to establish the International Foundation for Integrated Care (IFIC) and I had the privilege of being invited to join the group. The journey had begun. Six years later, the same original message has attracted 1200 delegates from 54 different countries to ICIC17. An incontestable success.

It must be noted though, as it is always the case with any human endeavour, that such a success is the result of the tenacity and hard work of a group of persons. The list is long and they all deserve my acknowledgment for their continuous commitment. Today, though, I want to make a public recognition to Professor Guus Schrijvers, IFIC’s chair for the past six years, who stepped down from his role at this last Annual General Meeting.

Professor Guus Schrijvers, through his constant leadership and dedication, has shaped up many aspects of our foundation. I am sure it has been an enormous undertaking and difficult at times. I am humbled by the trust that my colleagues on the Board have placed in me by being appointed as the new chair. In the years to come, as IFIC faces new challenges and opportunities worldwide, the example of Professor Schrijvers will remain, I am sure, a reference for us all. On behalf of my Executive Board colleagues, Professor Mirella Minkman and Dr Helmut Hildebrandt, IFIC board members and IFIC’s staff and associates, I want to express my appreciation and gratitude to him.

Similarly to the case in Odense, IFIC needs again to move forward. In doing so, I would like to keep the original dream alive. It resonated in most of the keynote speeches at the conference in Dublin. An Irish friend of mine told me the it could be traced back to the ancient wisdom of Celtic world: the Gaelic concept of Anam Ċara, the soul friend. I would very much like to see this concept of friendship and belonging as an essential constituent of IFIC. 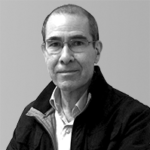 More than structures – the introduction of Regional Health Areas in Ireland

We use cookies on our website to give you the most relevant experience by remembering your preferences and repeat visits. By clicking “Accept All”, you consent to the use of ALL the cookies. However, you may visit "Cookie Settings" to provide a controlled consent.
Cookie SettingsAccept All
Manage consent

This website uses cookies to improve your experience while you navigate through the website. Out of these, the cookies that are categorized as necessary are stored on your browser as they are essential for the working of basic functionalities of the website. We also use third-party cookies that help us analyze and understand how you use this website. These cookies will be stored in your browser only with your consent. You also have the option to opt-out of these cookies. But opting out of some of these cookies may affect your browsing experience.
Necessary Always Enabled
Necessary cookies are absolutely essential for the website to function properly. These cookies ensure basic functionalities and security features of the website, anonymously.
Functional
Functional cookies help to perform certain functionalities like sharing the content of the website on social media platforms, collect feedbacks, and other third-party features.
Performance
Performance cookies are used to understand and analyze the key performance indexes of the website which helps in delivering a better user experience for the visitors.
Analytics
Analytical cookies are used to understand how visitors interact with the website. These cookies help provide information on metrics the number of visitors, bounce rate, traffic source, etc.
Advertisement
Advertisement cookies are used to provide visitors with relevant ads and marketing campaigns. These cookies track visitors across websites and collect information to provide customized ads.
Others
Other uncategorized cookies are those that are being analyzed and have not been classified into a category as yet.
SAVE & ACCEPT
Powered by