In the 1960s, John Fry, a British GP, introduced multidisciplinary cooperation for general practitioners, district nurses and social workers. In the Netherlands, his Dutch colleague, Frans Huygen, followed his example. The home team was born. Since then, this form of cooperation has become business as usual in the United Kingdom and the Netherlands. The WHO supports the promotion of this concept across the world. This was the first wave of integrated care. The biggest IT challenge during this wave was establishing an electronic health record for GPs and other primary care professionals.

In the 1980s, cooperation between primary care and hospitals emerged. Shared care was born. This was initially intended for people with chronic, somatic conditions, but later it also emerged in emergency care, maternity care, elderly care and mental healthcare. This became the second wave of healthcare integration. The biggest IT challenge was and still is establishing a digital network for communication between primary care and hospitals.

Then the third wave of integration emerged in the past ten years. This third wave concerns cooperation between patients and professionals. This takes form in self-management support by professionals, a jointly managed health record and shared decision-making. The terms ‘consumer’ and ‘patient’ are becoming less popular. These are being replaced with words such as ‘partner’ and ‘co-producer’. In IT, the biggest challenge is establishing a joint, digital health record for doctors and patients and facilitating communication between professionals and patients through email and screen-to-screen contact.

IFIC chair and professor Guus Schrijvers discussed these three waves during a COCIR symposium in Brussels on the 28th of February. Cocir is the European Trade Association representing the medical imaging, health IT and electromedical industries. The organisation is committed to improving the cooperation between companies which are members of COCIR and anyone who offers integrated healthcare. 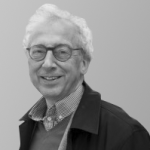 Moving beyond the traditional focus of Integrated Care

Blog
Comments are off for this post.
The International Foundation for Integrated Care sees itself supporting a global movement for change towards more integrated care systems...

Patient is partner, not consumer

Blog
Comments are off for this post.
The 1960s saw the emergence of cooperation in healthcare; a development that started with the GP. Teams were established....

Blog
Comments are off for this post.
In the 1960s, John Fry, a British GP, introduced multidisciplinary cooperation for general practitioners, district nurses and social workers....

Blog
Comments are off for this post.
Integrated care is an international movement for change. With these words Dr Nick Goodwin, IFIC CEO, concluded WCIC3, the...