Trumpism, Brexit and the Post-Truth Society: Five Challenges for the Future of the Integrated Care Movement

“There is a myth that implementing integrated care will lead to like-minded coalitions of the willing … it is the biggest post-truth there is.”

Globally, 2016 is likely to become regarded as the year that the integrated care movement came of age. The ratification by the 69th World Health Assembly in May of the World Health Organisation’s Framework for Integrated People-Centred Health Services set a global challenge for all care systems to make a fundamental shift in care delivery that puts people and communities at the centre of more co-ordinated health and care systems.

Undoubtedly, 2016 will also be better remembered by historians as the year in which the UK voted for Brexit and where the USA voted for Trump. There have been many column inches subsequently devoted to assessing the political, social and economic reasons for these events and there will be many more as we watch, digest and comment upon what happens next.

One of the most interesting discussions has been the rise of the (suitably Orwellian) term ‘post-truth’ that describes how objective facts are less influential in shaping public opinion than appeals to emotion and personal belief.

Post-truth certainly rings true when assessing the progress of integrated care strategies where many well-evidence approaches fail to overcome the stronger resistant forces for change. Conversely, there are also cases where integrated care is adopted without objective evidence in the belief that it must represent a better way of working than the status quo. The former demands evidence before progress can be made; the latter gets on with the work but does not necessarily invest in evaluating the impact or benefit of their efforts. Neither leads to sustainable change.

So what might Brexit and Trumpism tell us about integrated care?

This might seem a strange thing to start with. After all, the Brexit and Trump campaigns were characterised by the need for change to ‘Make America Great Again’ or to enable the UK to have its ‘Independence Day’. It may be tempting to conclude that the dynamism behind a change message was always going to be far more appealing than Clinton’s ‘Stronger Together’ campaign slogan or Remain’s ‘Britain Stronger in Europe’ message. Would you like something (anything) that is different or continue with the status quo within which you feel unhappy?

Yet, interestingly, in the implementation of integrated care, it is the change message that is the one that fails to gather support. Even when, on the surface, everyone agrees that change is essential (for example, and typically, to deal with the new demands posed by chronicity and ageing), the resistant forces for change towards integrated care predominate at almost every level.

Politicians, for example, are likely to be reluctant to support a strategy that shifts the emphasis to primary and community-based care in fear that this will lead to hospital closures and public outcry. Regulators do not like to see the financial risk involved in alliance-based arrangements and/or the potential of integrated care to fall foul of laws relating to competition and choice. Care professionals are often notorious for promoting their own agendas and protecting against what might undermine their status through the shared sovereignty required of multi-disciplinary teams. Many carers and service users are wary of managed care approaches that might undermine their freedom to choose, that change the relationship with their established care provider, or that seek to impose upon them something called ‘self-care’ which may seem quite a scary and isolating proposition.

However, the fact that change was such a strong force behind the Brexit and Trump campaigns seems to me to be born out negativism – e.g. especially towards immigration and the changing social fabric of life. The votes were a rejection of the current change agenda and a backlash against a political and social movement that did not fit with their pre-existing values and expectations, and of going back to earlier times rather than forward to a new era. Much of the underlying energy, therefore, was dark and resentful compared to, say, the rising rhetoric and messages of hope that heralded Obama’s presidential victory some 8 years previously.

Perhaps what is the most important lesson here is that public support for Trump and Obama came from the side with the more compelling case for change. It did not require a ‘fact checker’ or an evidence-base, but a vision of the future that won hearts and minds and tapped into people’s beliefs and fears.

When I started out researching the implementation of integrated care in the mid-1990s it was quickly apparent that the ability to make progress in different contexts and settings was heavily dependent on the belief held by the stakeholders. As our recent examination of the core building blocks of integrated care concludes, the evidence demonstrates unequivocally that it is the underlying professional values and cultures to the purpose of care integration – i.e. belief – that is an essential determining factor behind successful implementation.

Integrated care, then, needs a compelling narrative for change. However, this must not only speak about the crucial need to transform care systems to make them more sustainable and able to deal with future demands. It must be fundamentally a person-centred message. And it must speak to each of the forces of resistance to demonstrate that through integrated care there is a role for them that is properly valued, funded, legitimate, powerful and enjoyable.

It seems to me that at present the challenges of transformational change towards integrated care ignore the requirement to achieve some form of ‘mutual gain’ amongst its stakeholders. ‘Your integration is my disintegration’ remains an important ‘law’ of dynamics for the integrated care movement and needs to be much better addressed if it is to move forward.

One of the things that will stick with me is just how full of anger the political and public climate was during and after the Brexit and Trump campaigns. Yet, undeniably, the ability to stoke-up and tap into this underlying anger of voters was a significant mobilising force.

I am often of the opinion that we just don’t get angry enough ourselves. Why are we not more angry at the truly dreadful way in which many of our most vulnerable people are cared for and treated? I recall attending a meeting of AGE UK a few years ago where a former health minister argued that ‘it is because we love our health system that we should change it’, but I think this approach is too soft. There are indeed a great many people doing wonderful and caring work, and we should never forget that, but frankly the way most care systems operate is abysmal – for example, in caring for older people with multiple physical and mental health needs.

It was the US vice-president Hubert Humphrey who famously remarked that it was the “moral test of a government in how they treat those at the dawn of life, the children; those who are in the twilight of life, the elderly; and those who are in the shadows of life, the needy and the handicapped [sic]”. However, we know that effective care co-ordination is least likely to be received by those groups who need it the most. People might agree that the status quo is unacceptable, but the tipping point in popular opinion has not yet reached the tipping point where our demands for action translate into real change.

4. There’s No Love Without a Budget

This leads to another point that, lying behind our inability to extend care and support in ways that would be more morally acceptable, is the argument about money – i.e. that the common perception is that we don’t have enough of it to meet such demands, even if we chose to prioritise them. There is truth to this, of course, but actually our health and care systems are often extremely well financed. And we have the choice to spend more of our personal incomes if we wanted through tax or insurance payments. It’s really how our systems have been designed that controls how the money flows and is spent. This is perhaps the more pressing problem. I’ll leave this debate to others, but would say in passing that in the long run we’d do well to focus more on promoting value than reducing cost.

Integrated care initiatives are particularly vulnerable to fluctuations in financial resources, most usually because they are based on grant funding or other ‘funny money’ that does not come from core resources and/or that funding is pooled between partners where other core priorities will inevitably take predominance. Rafa Bengoa, the former Basque Health Minister, once said that in integrated care ‘there is no love without a budget’ and ultimately the evidence proves this to be true.

The analogy here, of course, is that a very significant number of Trump and Brexit supporters have seen the decline of economic opportunities as local businesses and communities have come under great stress through the prolonged economic depression. The impact of this growing income inequality, whether real or perceived, manifests itself in democratic discontent.

5. The Mandate to Lead

As a final observation the rejection of the EU by the British, and of establishment politics by the Americans, has been fuelled by a deep seated and long-held feeling that those wielding power are no longer fit to represent them. For integrated care, we know that the literature on how to manage health and social care networks clearly demonstrates that leaders must gain the mandate to manage across different partners derived from the partners themselves, including the local community. Without such a mandate the manager in an integrated care system can often be left powerless since they are often in a middle-tier of management without the funding, expert knowledge or hierarchical position to dictate terms. Good process leadership – the ability to guide partners to support a common way of working and to gain trust – is an essential characteristic underpinning all the best case examples of integrated care internationally. The key to this is trust, something that the politicians in the EU and Washington seem to have lost.

In conclusion, we must face the reality that the integrated care movement, despite its undeniable logic, too often fails in the face of these and other challenges. Indeed, it may also be tempting to say that the post-truth era of Trumpism and Brexit could further undermine the liberal value-base that defines the code through which most advocates of integrated care abide.
Yet it has always been the reality that integrated care is a messy affair. Like a cosy Christmas advertisement, as families laugh and commune together watching movies whilst snuggled under a warm blanket drinking eggnog, there is a myth that implementing integrated care involves like-minded coalitions of the willing who are happy in each other’s company and willing to collaborate and share openly.

I concede that sometimes this can be the case, in which case you are truly blessed. However, the reality is that promoting such a vision about how integrated care looks is one of the biggest post-truths there is. Certainly, the rewards of integrated care when it succeeds can truly transform people’s lives and lead to greater professional and staff satisfaction.

Yet, the real truth is that getting involved in integrated networks of care professionals and organisations will feel more like stepping into a viper’s nest of competing interests, power-plays, political disputes, unfathomable bureaucracies, funding arguments and tribal warfare. More like the dysfunctional family gathering at Christmas, united once per year, but only by tradition.

These may be rather sobering thoughts, especially as we close in on the holiday season, but the truth is that integrated care is no panacea. Yet it must be through more integrated approaches to care that we can find some of the answers to improving care and outcomes that people need 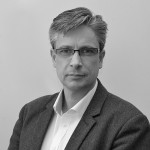