There is no health without mental health (WHO, 2005); so, mental health for all should be a global priority, as the WHO slogan for today´s World Mental Health Day suggests. A person’s mental health is influenced by a range of factors, including: their access to services such as housing, employment, social services, education, justice, and healthcare; freedom from discrimination, exploitation, and abuse; the quality of their intimate, family, and social relationships; their level of physical activity, and the quality of their diet and sleep; and their level of community engagement, and cognitive stimulation (Burke, 2013). Hence, ideally, access to healthcare services, for both physical and mental health care, should be user-friendly, timely, patient-centred, co-ordinated, and joined-up – to respond to the broad range of factors that influence a person´s mental health.

However, for many decades, mental health care services have become progressively fragmented, and siloed.

In the early part of the 20th century, many clinically, mentally unwell people in developed countries were treated in large asylums. Subsequently, the development of effective psychosocial therapies, and the discoveries of effective psychotropic medications created new hope that many mentally unwell people might improve more than previously expected, creating the potential for treatment outside the asylums – in a general hospital, or even in the broader community. In the 1950s, these influences dove-tailed with a growing dissatisfaction with aspects of institutional care, including the stigma associated with asylum-based care, the high costs of staffing and maintaining these long-stay facilities, and the anti-therapeutic, authoritarian culture in asylums that had led to a series of scandals regarding patient mistreatment (Wattis, 2011).

In late 1950s and early1960s, many of the locked wards in asylums were unlocked, and discharge into the community became a reality. The ‘community care revolution’ envisaged that the asylums would be gradually emptied, psychiatry inpatient units would be re-located to general hospitals, and community-based mental health care would become the norm.

Unfortunately, inadequate funding of community mental health services, and poor adherence to treatment – mostly due to the side-effects of 1st generation antipsychotic medications – often led to involuntarily re-admission, or remaining in the community untreated. The latter then frequently led to substance misuse, incarceration, and/or homelessness. Those re-admitted would usually improve in hospital, but after discharge would often become non-compliant and relapse, and again be re-admitted involuntarily. This cycle became known as the ‘revolving door’ in mental health, and the consequent frustration for the patient, the family, and the respective hospital and community clinicians, created a palpable ‘split’ between the hospital and community arms of the mental health services.

Unfortunately, the decades of ‘mental health care reform’ since the 1950s, have largely resulted in the likelihood that one patient’s journey through a single episode of mental illness could involve repeated assessment, investigation, and management by multiple ‘agencies’, including primary care, a crisis team, an inpatient emergency care team, an inpatient psychiatry team, a rehabilitation team, and an outpatient/community mental health team. Not surprisingly, such an apparent lack of integration, and such a gross disruption of continuity of care have been strongly criticized (Lodge, 2012).

The alternative to the existing mental health service silos is an integrated model of multidisciplinary team (MDT)-based mental health care: creating one comprehensive, agile, accessible, responsive team that works with the patient, family, and (primary care) general practitioner, across the hospital-based and community-based components of their journey through an episode of mental health (secondary) care (Burke, 2013).

Such a team requires strong leadership, a shared vision, and collaborative partnerships with people with lived experience. The role of primary care is integral to the model of patient-centred care, and in such a model the MDT plays a pivotal role in facilitating the horizontal and vertical integration that makes the package of care seamless for the patient and their family. The aim of the service is to provide individualised, high quality, flexible and timely care as required across the domains of health promotion, primary prevention, early intervention, evidence-based treatment, rehabilitation, and relapse prevention.

To achieve these aims, teamwork is essential (Burke, 2013). The needs and characteristics of the target population determine the operational mode of the team; and the members of the MDT should all have a common level of expertise in mental health assessment and management (‘core competency’), and each bring their own discipline-specific expertise to the team. The effective functioning of the MDT relies on healthy professional relationships between team members, which promote two-way respect and support, or ‘social reflexivity’ (West, 2012).

Integrated mental health services need to be regarded as ‘mainstream’ in health care, and need to be adequately resourced with well-trained clinicians who can work flexibly with their patients – according to the patients’ needs and preferences – to achieve the (collaboratively agreed) best possible outcomes. So, let´s make mental health and well-being for all a global priority; but, please, no more mental health service silos!

Wattis, J. (2011). Development of health and social services in the UK from the twentieth century onwards. In M. Abou-Saleh, C. Katona, & A. Kumar (Eds.). Principles and Practice of Geriatric Psychiatry. John Wiley and Sons, Ltd. 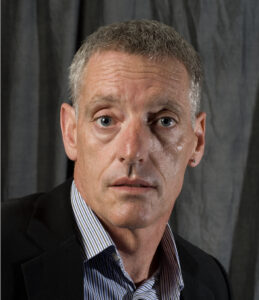 A look back on Self Management Month 2022: Celebrating Change

Healing Hearts and Communities: the power of compassion