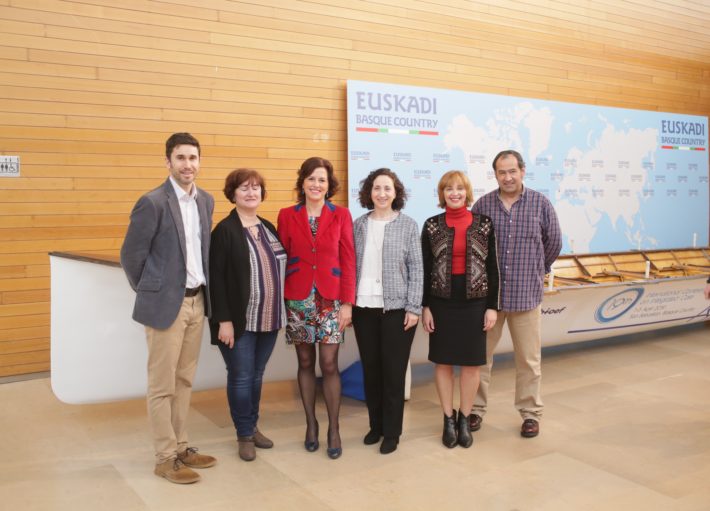 Seeing the San Sebastián Kursaal Congress Centre brimming with over 1,300 colleagues interested in integrated care, a record to date at ICIC conferences, was a great pleasure for everyone who has been involved in organising ICIC19 to a greater or less extent, particularly after a year of intense work.

This all began in May 2016 when a team from IFIC accompanied a group from the United Kingdom and New Zealand on a study visit to the Basque Country. Three days of meetings, presentations and visits reflected the interest generated by progress in care integration in the Basque Health Service (Osakidetza). We saw the IFIC’s work first-hand and, for the last few years, we had been attending a variety of conferences such as in Edinburgh and Mexico in 2015. In a joint reflection with the Ministry for Health of the Basque Government, we came up with the idea that there might be an excellent opportunity to host an edition of ICIC in the Basque Country and share the Basque integration experience with the rest of the world alongside the latest progress in the field. So we suggested it to Nick Goodwin and his team.

After acceptance from IFIC in Dublin 2017, we gradually got down to work. And we have to admit that taking on the organisation of an international congress of this size is both exciting and a little overwhelming at the same time. Luckily we had travelling companions such as Fiona, Edelweiss, Maggie, Albert and the rest of the IFIC team who used their vast experience to guide us and kept an even keel when the sea got rather choppy.

Involvement from the Basque Government, the Gipuzkoa Regional Government and San Sebastián City Council gave us the essential financial backing and infrastructure and also reflected joint work with public institutions that are the backbone of the health and social care system in the Basque Country. As a result of this implication, San Sebastián was the city chosen to host the conference. The city has doubtless met all expectations thanks to its infrastructures, services, cuisine and the enthusiasm of its professionals and citizens.

Other early decisions included the theme and the logo for the conference. Regarding the former, we were sure that it should encompass the idea of assessing the integration path so far in the Basque Country and the continuation of implementation models, and also generation of a shared culture among professionals, organisations and community revolving around care for persons. As for the latter, and seeing that earlier editions of the Conference had chosen a symbol for each city, this gave us a dilemma. After several brainstorming sessions and a whole host of ideas, we chose the ‘trainera’ boat symbol. A trainera is a rowing boat that dates back centuries to whale hunting based in Basque ports and that is nowadays a traditional sport all around the Bay of Biscay. It reflects coordinated teamwork, meeting a goal, tenacity and overcoming often unfavourable environmental conditions, characteristics that we doubtlessly associate with integrated care. I would like to thank Donostiarra, one of San Sebastian’s rowing clubs, for their help and generosity, allowing us to take the metaphor one step further and put a life-sized trainera on display at the actual conference.

In Utrecht, we were thereby able to present ICIC19 and learn about different aspects of organising an excellent conference from our Dutch colleagues.

The visit to this city in October 2018 and organising a pre-Conference symposium helped the whole team (BIOEF, Osakidetza, Gipuzkoa Regional Government, San Sebastián CIty Council, patient associations, IFIC) explore scenarios where the conference, the official reception, and the gala dinner would be developed, and meet each other face to face if we did not already know each other. This doubtlessly reinforced the confidence of our team. At this point, we would like to highlight the role of TISA, the local professional congress organiser. It would have been impossible to put on ICIC19 without their hard work and experience.

The fact that the conference had to be held in early April, due to availability dates, meant (somewhat anxiously) moving all processes forward for organising and drawing up the scientific programme, particularly considering the vast number of abstracts we received. The scientific committee’s work in this respect was outstanding, and this led to the wide-ranging programme at this conference. The level of speakers in the plenary sessions was also remarkable, and in our opinion reflects the interest generated by ICIC conferences and their reputation.

Following the path set out on in Utrecht the previous year, ICIC19 wished to introduce new activities that in some way were complementary to a traditional scientific programme but that showed the work in integrated care in a more innovative way. Actions such as the first plenary, healthy walks at lunchtime or the Innovation zone on the last day have represented a challenge and sailing into unknown waters but we hope that it has provided a breath of fresh air at the Conference.

While the weeks before the Conference were demanding and intense, over these three days, hosting over 1300 attendees, you realise the great collective effort that organising a meeting of this type represents and appreciate our global movement. We are convinced that all our hard work was worth it and that our trainera is home and dry.

We’ll see each other next year in Sibenik.

Koldo Piñera Elorriaga is a senior technician at BIOEF, the Basque Foundation for Healthcare Innovation and Research, since 2010. Koldo’s blog is also written on behalf of conference co-hosts, Osakidetza-Basque Health Service.

Population Health and Wellbeing
Comments are off for this post.

Spotlight on Learning from International Experiences in Funding and Financing Workshop

Blog
Comments are off for this post.
Here Nieves Ehrenberg, Senior Researcher at the International Foundation for Integrated Care (IFIC) provides a summary of a session...

Spotlight on The OMIS Room: Experiences of End of Life Integrated Care

Blog
Comments are off for this post.
Here Nieves Ehrenberg, Senior Researcher at the International Foundation for Integrated Care (IFIC) provides a summary of a session...

News
Comments are off for this post.
The IFIC Integrated Care Awards are selected based on quality of content, originality and quality of presentation. The awards...
This site uses cookies More info