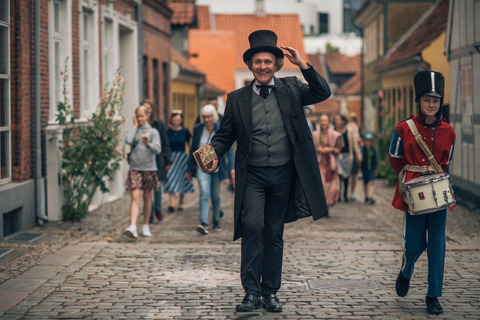 Denmark is a small country with approximately 5.7 million inhabitants. Denmark is a constitutional monarchy ruled by a representative democracy and a strong defender of free trade, human rights, and free speech.

Denmark is one of the safest, most secure, and peaceful countries in the world with a strong healthcare system, hyper connected infrastructure and a highly tech-savvy and English-speaking population

Safety, tolerance, green initiatives, international connectivity, creative environments, a relaxed lifestyle, cycle culture democratic design and the active use of city spaces are among the key reasons why Denmark is ranked as one of the most livable countries.

Denmark is often cited as one of the world’s best countries to live in, priding itself on having a healthy work-life balance. The Danish welfare model, with its flexible working conditions and social support networks, not only places Denmark at the top of the international equality league, but also contributes to a generally high standard of living.

The country ranks highly in metrics of national performance, including education, healthcare, protection of civil liberties, democratic governance, prosperity and human development.  The strong welfare state ensures a high level of income equality and the country has one of the lowest perceived levels of corruption in the world and one of the world’s highest per capita incomes.

100% funded through taxes. And it works! According to US News’ Best Country Survey, Denmark has the second most developed public health care system in the world.

Odense is situated on the island of Funen, right in the heart of Denmark. It is the country’s third largest city with 200,000 inhabitants. Odense is one of Denmark’s oldest city’s and has attracted visitors for centuries. Narrow winding cobblestoned streets invite visitors to explore. There are many opportunities to take a break at one of the many cafés or to partake in “retail therapy”. The city centre is easy to navigate on foot, whether you choose a quiet stroll along the river or to immerse yourself in Odense’s vibrant nightlife. Odense offers an exciting mix of history and modernity.

The brand-new venue in downtown Odense called ODEON is the largest congress and concert venue in Odense spanning 32,000 m2. ODEON is located in the historical city centre within walking distance from the train station. Together with the Odense Concert Hall it is the perfect location to welcome you to ICIC22. Due to its city centre location, you can find hotels, restaurants and most other facilities within easy walking distance.

Odense has accommodation options to suit every taste and budget, with hotels at different star ratings, B&B’s and other accommodation options like hostels. The city currently has around 1,500 rooms in the centre of Odense with most being within an easy walking distance of the venue and train station, making it very easy to meet up with other delegates, going out for a meal or arranging brief meetings.

Due to ICIC22 taking place in a smaller city compared to previous editions of the conference, we recommend that you book your accommodation early to ensure availability at a hotel within easy reach of the conference venue. We are currently in contact with all hotels regarding the conference and we will add booking links especially for ICIC22 delegates to this page soon!

How to Get to Odense

Billund, Copenhagen and Hamburg airports are directly connected to more than 130 cities all over the world and handle approx. 440.000 arrivals and departures every year. Car rental services are available at all airports and there are easy public transport links from each airport to Odense:

In Odense there are various ways to get around in the city:

Free inner city bus: In Odense there are free inner city bus services that run at intervals of approximately ten minutes. The buses are easy to recognize – they are pink and decorated with characters from Hans Christian Andersen’s fairy tales.

Fynbus: If you are going for a ride with the bus in Odense, you are travelling with FynBus. Tickets can be purchased as mobile tickets by downloading this App. You can pay with MobilePay or a number of debit cards.

Rent a bike: You can jump on a city bike from Donkey Republic in Odense. If you want to rent a bike the easiest way is to download the App – find it in App-store.