The International Foundation for Integrated Care Australia (IFIC Australia) is delighted to introduce their second Webinar series. The core mission of IFIC Australia is to develop capacity and capabilities in Australia and the Asia Pacific Region in the design and delivery of integrated care. IFIC Australia seeks to achieve this by providing a platform to develop and exchange ideas and promote activities in the region in keeping with IFIC’s mission.
You can find the IFIC Australia 2019 webinar series here!

Towards an Australian Declaration on Integrated Care: Aligning finances and incentives - Thursday, 29 October

One of the keys to successful integrated care programs are financing and incentive arrangements that directly promote integrated care provision. Moreover, that these incentives are collective – in other words, how both financial commitments and gains are shared between care organisations and participating professionals.
The ability to align financial incentives is a global issue but especially so in Australia where financial flows are highly fragmented. This webinar seeks to examine the challenges that misaligned finance and incentives bring and the potential solutions. The webinar will conclude with a discussion forum that seeks to establish the key messages that policy makers need to hear if integrated care at a clinical or service level can be better enabled.
This webinar forms part of a series helping to support IFIC Australia co-produce an evidence-informed ‘Declaration on Integrated Care’ that provides a clear and compelling case for the policies and actions required to achieve it.
Download Matt’s Presentation!
Download Liz’s Presentation! 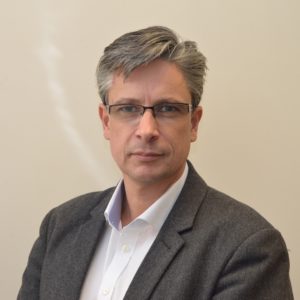 Dr Nick Goodwin
Director, Central Coast Research Institute
Faculty of Health and Medicine
University of Newcastle
In July 2019, Prof. Nick Goodwin, was appointed as the Director of the Central Coast Research Institute (CCRI) that will be based within the Health and Wellbeing Precinct on the Gosford Hospital campus. Developed in partnership between the University of Newcastle and Central Coast Local Health District (CCLHD), Nick’s position as Director of the CCRI will include a seconded role to CCLHD as the inaugural Director of Research.
As a social scientist, Nick has worked for the past 25 years in the field of health services research, management and policy in both the University and Third Sector. Between 2007 and 2013, Nick was Senior Fellow at The King’s Fund in London leading its programs on primary health care policy and management, integrated care and telehealth & telecare. Nick led the Independent Inquiry into the Quality of Care in English General Practice in 2009-2011.
In 2011, Nick co-founded the International Foundation for Integrated Care (IFIC), a not-for-profit foundation based in the Netherlands dedicated to improving the science, knowledge and adoption of integrate care in policy and practice across the World (www.integratedcarefoundation.org). Nick became its first CEO in 2013 and remains the Editor-in-Chief of its scientific periodical, the International Journal of Integrated Care (www.ijic.org). Nick continues to work as a senior associate with IFIC, including support to its collaborative centres in Australia and the Asia-Pacific region.
In January 2016, Nick received the Avedis Donabedian International Award for his contribution to Healthcare Excellence. 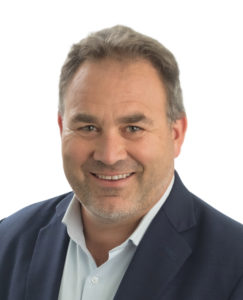 Matt’s healthcare management career has been devoted towards improving health outcomes through improved access, quality and equity of healthcare in regional, rural and remote communities across Australia.
In addition to working throughout regional, rural and remote Australia, Matt has acquired extensive health care management experience in several health care sectors and environments. Matt has held Executive and Management positions in Public Health, Indigenous Health, Acute Health, Public Service and Primary Healthcare co-ordination. Matt has also obtained a Master of Public Health and Tropical Medicine from James Cook University.
Prior to his current position as CEO with Murray PHN, Matt held the position of CEO of Loddon Mallee Murray Medicare Local for it’s three years of operation. Matt previously worked as a CEO within the Division of General Practice Network for 7 years, including his final two years employed simultaneously as the CEO of both Murray-Plains Division of General Practice and Central Victoria General Practice Network.
Before these roles, Matt worked for several years in healthcare management in Aboriginal Communities in remote NT and WA, Aboriginal Health in Townsville, QLD, Public Health in the Pilbara, WA, senior policy development at DHHS in Melbourne and Acute Health Management in rural Vic’.
Matt currently resides in Echuca, Vic’ with his wife, their three daughters and a menagerie of animals on their 60 acre hobby farm.
Matt is currently; 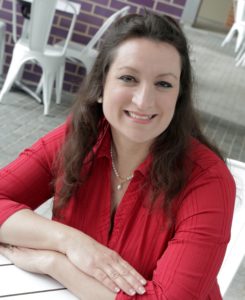 Dr Liz Schroeder
Liz holds a joint position as Associate Professor in Health Economics at the Centre for the Health Economy (MUCHE), and in the Faculty of Medicine and Health Sciences at Macquarie University, Sydney.
Liz is appointed as Commissioner to the National Mental Health Commission.
Liz moved to Sydney in 2015 from the UK, where she held a position as a Senior Researcher at the National Perinatal Epidemiology Unit, University of Oxford from 2002 to 2015.
Liz has a portfolio of applied research in the economic evaluations of complex public health interventions; specifically, in the areas of mental health and integrated care, paediatric health care, hearing impairment and health innovations. She has attracted approximately $20million in funding for research and has published in high profile peer-reviewed journals for example in The Lancet, the British Medical Journal, the European Journal of Health Economics and Pediatrics, in addition to substantial commissioned reports by the National Institute for Health Research (HTA) and the UK Department of Health (Service Delivery and Organisation SDO).
Liz has worked closely with national research, audit and commissioning bodies as a researcher, steering committee member and associate consultant and has contributed to health care policy with recommendations cited by the National Institute for Health and Care Excellence (NICE), the National Screening Committee, the NHS Confederation Digest and the National Audit Office (all UK).
Liz collaborates with colleagues across Australia and internationally, currently leading streams of health economics research with the Black Dog Institute, Australian Stuttering Research Centre, MQ eCentreClinic, Central Coast Local Health District and the International Foundation for Integrated Care (IFIC). She serves as an editor of the International Journal for Integrated Care (IJIC), and regularly provides reviews for other journals including Value in Health.
Liz is a founding member of the social enterprise initiative ‘Africa Health Placements’ and she established the European Office.

Case management in various forms is often used, although poorly understood. This webinar will explain case management as a care coordination strategy for individuals. Quality analysis and macro to micro practice issues are explored through examples.
Download Presentation

Dr Hazel Dalton
Research Leader and Senior Research Fellow
Centre for Rural and Remote Mental Health
The University of Newcastle (UON)
Dr Dalton is the Research Leader and Senior Research Fellow (Executive) at the University of Newcastle’s Centre for Rural and Remote Mental Health, based in Orange, New South Wales. She manages research across mental health promotion (including the Rural Adversity Mental Health Program), innovation in mental health service provision (including integrated care) and rural suicide prevention.
Hazel is a Facilitator for the International Foundation for Integrated Care (IFIC) Australia, playing a key role in the advancement of integrated care in Australia. Hazel is interested in translational research, communication of research more broadly and providing evidence to support programs and inform policy. Hazel has extensive research experience across university and health sectors, with skills in conceptual modelling, quantitative and qualitative research approaches. 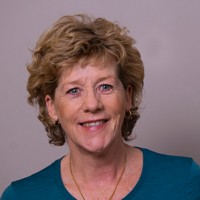 Dr Sue Lukersmith
Senior Research Fellow
Australian National University
Associate University of Sydney
Director Lukersmith & Associates
For over 20 years Sue worked across health and disability sectors as a therapist, educator, consultant and then managing director of a multi-disciplinary rehabilitation practice. She moved into full time research in Australia and Internationally, now working as a Senior Research Fellow and Evidence Based Advisor to a NSW based social insurer. Her research is across policy and practice, focusing on person-centred integrated care for people with a disability, quality and impact analysis. She developed the Case Management Taxonomy (CMTaxonomy) now used in research and practice. She has been an invited speaker to international conferences as an expert on case management.