IFIC’s new report, Realising the true value of integrated care describes the steps we must take to create a radically different future beyond Covid-19. The report is a powerful call to reset our compass to a new reality based on solidarity and collaboration for population health. IFIC Scotland and partners will explore this new future in series 5 of their Integrated Care Matters webinars. Guest panelists, members of IFICs international Special Interest Groups, will share their experiences and insights and challenge us to design a better future that improves lives and opportunities for all. Each webinar will be accompanied by a topic resource with links to further information. All who register will receive links to the recordings and topic resources.

Hold the dates and register your interest for the free webinars – broadcast live 4-5pm (5-6pm CET) .
Click the links to register:

Enhanced supportive, palliative and end of life care – 11th May

Anne is Senior Associate with the International Foundation for Integrated Care and Director for IFICs hub in Scotland.  She is deputy honorary secretary for the British Geriatrics Society and was clinical lead for Reshaping Care for Older People and integrated care programmes in Scotland.

Rikke is the Executive Director of the Institute for Research and Innovation in Social Services (Iriss), a not-for-profit organisation and knowledge partner for IFIC Scotland. Rikke has extensive experience of systems analysis, change management, and scaling new initiatives from pilot stage to implementation.  She has expertise in using data for social good through visualisation, analysis and shared problem resolution.

Emma is a registered Social Worker, with ten years experience of working in a frontline practitioner role before obtaining her PhD in Sociology in 2004. Since then she has worked between research, policy and practice on developing and embedding personal outcomes approaches in Scotland and internationally.Emma is currently a part time research associate at the University of Strathclyde in Glasgow and also works with a diverse range of organisations to help keep the focus on what matters to people.

Michelle is a Scientist in the Collaboratory for Research and Innovation in the Lunenfeld-Tanenbaum Research Institute (Sinai Health System) and Assistant Professor in the Institute of Health Policy, Management and Evaluation at the University of Toronto.  In her academic roles, she leads international research on transitions from hospital to home, community reintegration post stroke and the role of voluntary sector organizations in integrated care. She was elected to the World Stroke Organization board of directors, sits on a stroke rehabilitation interventions committee of the WHO and is the inaugural Chief Knowledge and Innovation Officer (After Stroke) for March of Dimes Canada. She leads IFICs volunteers and voluntary sector special interest group.

Marco is Director of Healthcare Research and Teaching in Parc Sanitari Pere Virgili Hospital, a large intermediate care hospital in Barcelona. He is Associate Professor of Medicine, Universitat Autonoma de Barcelona, and President of the Catalan Society of Geriatrics and Gerontology. His interests include frailty, person centred care, healthcare technology, e-Health and prevention.

Dawn is an exercise physiologist and Professor in Ageing and Health at Glasgow Caledonian University. She Chaired the Royal Osteoporosis Society’s Statement on Exercise and Osteoporosis (2018) and the Older People panel for the UK’s update of the Physical Activity for Health Guidelines. She publishes extensively on falls prevention and exercise in older people, is an internationally renowned keynote speaker and Director of Later Life Training Ltd, a not-for profit company, that trains health and fitness professionals to work with effective physical activity and exercise with frailer older people and stroke survivors. She received the British Geriatrics Society Marjory Warren Lifetime Achievement Award an honorary doctorate by Umea University and Honorary Fellowships from the UK Chartered Society of Physiotherapy and the Royal College of Physicians of Edinburgh.

Áine is Professor of Healthcare Integration and Improvement at University College Dublin and a Consultant in Rehabilitation Medicine at the National Rehabilitation Hospital in Dublin. She is co-Director of IFIC Ireland and a Senior Associate of IFIC. Prior to this, she was National Director of the Clinical Strategy and Programmes Division in the Health Services Executive and established the Integrated Care Programmes for older persons, chronic disease, children and patient flow. Áine is acknowledged Internationally for her expertise in large-scale change and implementation. An experienced Improvement advisor, she has provided advice, guidance and training on quality improvement and change to leaders of healthcare systems across the world. She is passionate about Person Centred Coordinated Care and Implementation Science.

Michelle is Head of Therapies and Podiatry at Department of Health and Social Care, Isle of Man Government. She has a Bachelor of Science in Physiotherapy from The University of Wolverhampton and has experience as Service Manager in both hospital and community care. Michelle is skilled in Operations Management, Orthopaedic Rehabilitation, Intermediate Care, Musculoskeletal Physiotherapy, Strategic Planning, and Change Management.

Morag is a nurse who has been instrumental in setting up a number of integrated discharge and community rehabilitation teams. She now applies this extensive clinical experience to promote Technology Enabled Care (TEC). She is seconded part time to the National TEC team as Strategic Lead supporting Remote Health Pathways. This role includes the scale up of blood pressure monitoring and the procurement and implementation of a new national remote monitoring platform. In her local role as Programme Manager for Lanarkshire’s Technology Enabled Care Programme she leads the adoption of remote Health Monitoring, Video consultations and associated digital work streams across NHS Lanarkshire and two Health and Social Care Partnerships.

Jane has been at Queen’s House in Kelso in the Scottish Borders for around three years and was appointed Chief Executive in April this year (2019). Queen’s House (Kelso) Ltd. is a registered charity and over the last two years it has grown to now have three homes and around 125 staff. It has one care home called Queen’s House with 32 residents, built in 2002. A care home aimed at supporting people living with dementia was opened in December 2018 called Murray House, with 18 rooms. We have another nine-room care home for people with physical disabilities and cognitive disabilities. We also have a resource centre, Place & Space where people living with dementia in the community can come together.

His research interests are predominantly in how healthcare is delivered in care homes but he has also done work around peri-operative geriatrics and has recently begun to work in the field of sarcopenia as part of the Centre for Musculoskeletal Ageing Research at the University of Nottingham.  He maintains an active educational portfolio and played a key role in developing the UK and European recommended undergraduate curricula in geriatric medicine.  He is a firm believer in bringing more clinicians into research and in ensuring that healthcare professionals and patients understand the impact of research in the real world.

Dr. Mithani has been Director, Primary Care of the Elderly Research Group, Providence Health Care, Vancouver. He lectured extensively across the world in areas of Islamic Ethics and spirituality. Dr Mithani is founder of the Research Institute of Spirituality and Ethics, which provides support and advice to Muslims around end-of-life care and decision-making. He continues to participate in humanitarian work across the world in his capacity as a physician.

Sean is a Consultant Geriatrician in Leeds Teaching Hospitals NHS Trust with a special interest in community geriatrics. Sean is also the dementia lead for the trust.

Naomi came first contact with palliative care was in Guatemala in the 1990´s as a newly qualified nurse. Since then she has worked in different areas, both employed and voluntary, including in St Joseph’s Hospice as a staff nurse, with Macmillan as a volunteer, and creating and implementing a hospice at home project in an area of Northern Spain.

She currently lives in the Basque Country where she leads Compassionate Getxo, Getxo Zurekin.

Jenni Burton is a Clinical Lecturer in Academic Geriatric Medicine at the University of Glasgow. Her clinical specialist training is based within Glasgow Royal Infirmary. Alongside this, Jenni is working on using care home data to improve understanding of pathways into care and the needs of the care home population. Her aim is to improve the evidence-based organisation of care for older people through data-informed research.

Claire was seconded to the Care Home and Rapid Response Team as one of the senior nurses in the team. She is an NMC registered adult nurse with Masters in Advanced Nursing Studies. She rejoined the Isle of Man DHSC in November 2018 taking up the role of Senior Healthcare Public Health Practitioner in the Public Health Directorate. Since qualifying she has spent nearly 20 years based overseas gaining wide experience of healthcare in humanitarian and emergency contexts, particularly from working in large scale cholera and ebola responses. She has a passion for ensuring quality health services for vulnerable people, using evidence to build on innovative practices as a means of tackling complex health issues.

Oliver Radford has been the General Manager for Integrated Community Care for the Isle of Man Department of Health & Social Care since 1st May 2020, initially leading on community based Covid response projects as well as picking up the responsibility for delivery of the integrated care transformation programme. Prior to that he was General Manager for Unscheduled Care at Noble’s Hospital since January 2019, and before that he was Surgical Divisional Manager, commencing in post in April 2016.

Oliver has a first degree in Physiology, specialising in Neurophysiology (from the University of Leeds) and a MSc in Healthcare Informatics from the University of Manchester. He started his NHS career at Central Manchester University Hospitals in 2004 as a Clinical Risk Project Manager, implementing incident reporting and risk register systems at Manchester Royal Infirmary. Oliver was promoted to the post of Directorate Manager for Anaesthesia in 2007, which involved responsibility for provision of anaesthetic, pain management of pre-operative assessment services for the seven hospitals in the Central Manchester Hospitals group. Responsibility for the Critical Care Directorate was added onto Oliver’s portfolio in 2010, the main component of which was leading on the Critical Care redevelopment project which completed in 2014 with the delivery of a new 52 bedded Critical Care complex. In 2014, Oliver moved into a 12 months secondment as the Elective Transformation Lead for the Central Manchester Trust, focussing mainly on theatre planning and productivity, followed by a 12 month role as Directorate Manager for Head & Neck Services (ENT, Maxillofacial Surgery, Oral Surgery and Audiology). During his time within Head & Neck Surgery, Oliver successfully centralised the Head & Neck Cancer Services from Christie and North Manchester General Hospitals into a single unit, and, to accommodate the increased workload, led on the commissioning of the new Manchester Head & Neck Centre. 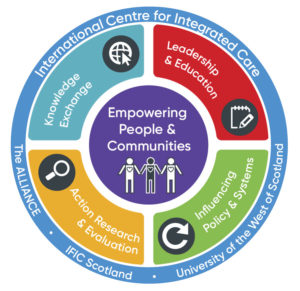