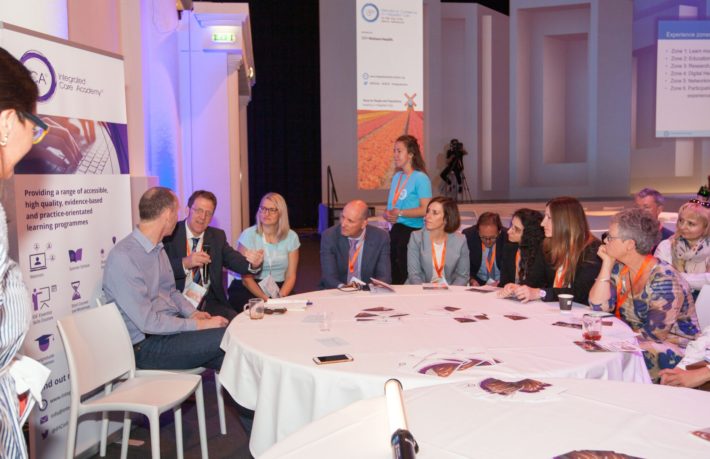 Early career researchers, practitioners and students were given a sneak preview of a new network aimed at supporting their journey in the Integrated Care field.

About 20 participants from around the world joined the inaugural meeting of the Early-career Researchers in Integrated Care (ERIC). The ‘virtual Town Hall’ meeting was held on March 8, ahead of its official launch at the ICIC18 conference in Utrecht, The Netherlands. Hosted by Dr Viktoria Stein, IFIC’s Director of Education, ERIC President and IFIC Junior Associate Mudi Kadu, and Junior Researcher Henriikka Laurola, student researchers and young professionals were encouraged to share ideas on the network’s activities for the upcoming year. The Town Hall meeting was meant to open a dialogue on how ERIC can support them in advancing the future of integrated care in their local contexts and around the world.

Blog
Comments are off for this post.
Welcome to ERPIC! To uphold our ethos of inclusivity of anyone early in a career, we are now officially the: Emerging...

Blog
Comments are off for this post.
Having a place at the oval table with the flags of the G7 countries was intimidating. Nevertheless, the cordial...

News
Comments are off for this post.
Emerging Researchers in Integrated Care (ERIC) proudly presents four exciting workshops as part of the 19th Conference on Integrated...

Blog
Comments are off for this post.
IFIC’s Director of Education and Training is our third career panellist. Here she talks about her career path, the...
This site uses cookies More info