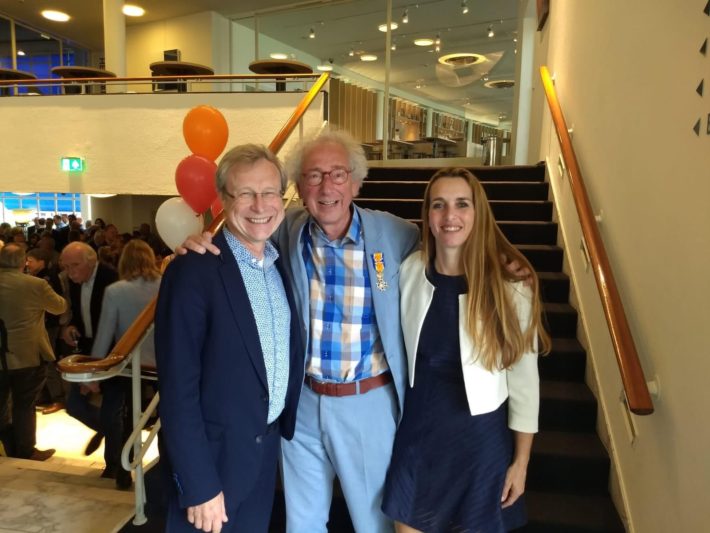 On Friday, 26 April the day before Kings day, our former IFIC president and one of the ‘founding fathers’ Guus Schrijvers got a royal decoration from mayor Van Zanen in his city Utrecht, the Netherlands. Guus was decorated with the ‘Officer in the order of Oranje-Nassau’ decoration, which is a high decoration for citizens that have realized benefits for the society with an high impact, that goes beyond the national borders.

Guus was decorated for his extensive work in the innovation and improvement of health care in the Netherlands and worldwide, his numerous number of books and publications and his work in setting up the Julius Center and the International Foundation for Integrated Care. His contributions for IFIC were valued high in getting this decoration.

Guus was very surprised and very thankfull in getting this important recognition of his work. ‘I’m so thankful, and I did it just al with such pleasure’ according to a greatful Guus.